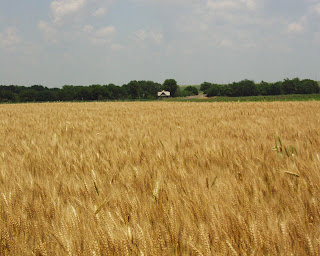 Consider the idea of growing your own field of wheat.
Posted by Kelly at 8:51 AM No comments: 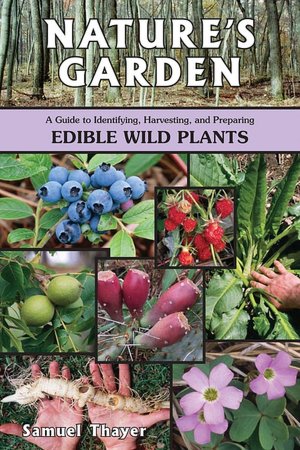 I just ordered these books. I did it because I found lavender, rosemary and sage still growing happily in the front yard.

In 2012 I am going to screen print more, our band will release our 3rd record and I am going to plant more wildflowers in the front yard. Also, I have a lot of mixing to do with our new stand mixer in lovely tangerine (see photo); I have a lot of fresh pasta to make with our new pasta roller, and I have several new cookbooks to read. Happy New Year to you and yours.
Posted by Kelly at 12:05 PM No comments:

The other day I bought some sugar pumpkins and roasted them in order to make this pie (it was f-ing delicious by the way)﻿. The seeds were reserved for brining and roasting. Alas, we lost the seeds (tragically) to mold durng the brining process (boo) but the two pumpkins gave up so much flesh that I had a ton left over. I wanted to make pumpkin soup but the recipes I found were all just so BLAH and SAME OLD, SAME OLD. Then I stumbled upon this recipe for Black Bean Pumpkin Soup over on Smitten Kitchen. This recipe gets a hundred Magic Child thumbs up. SRSLY. It's soooooo goooooood.

But let's face it: if you're going to make soup, you might as well just spend a Sunday making bread to go with it. It is a true fact that homemade soup tastes precisely 900 times better with homemade bread. If you've never made bread before, do this: get the Tassajara Bread Book by Edward Espe Brown and then follow the directions. Yes, you'll be letting the bread rise 4 times. So what of it? You want your bread to be fluffy, right? I'm guessing that you do. But to forewarn you, the whole process will take about 4 hours, so like, invite a friend over or get a book to read or something. Recommendations for books to read while making bread: Up and Down with the Rolling Stones, by Tony Sanchez; In Watermelon Sugar by Richard Brautigan; anything by Flannery O'Connor.
Posted by Kelly at 12:00 AM 1 comment:

Email ThisBlogThis!Share to TwitterShare to FacebookShare to Pinterest
Labels: Tony Caro and John

I can't believe I never heard of Ralph Eugene Meatyard until I saw an article in Smithsonian magazine yesterday. 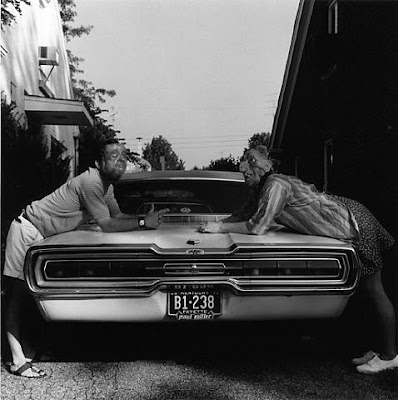 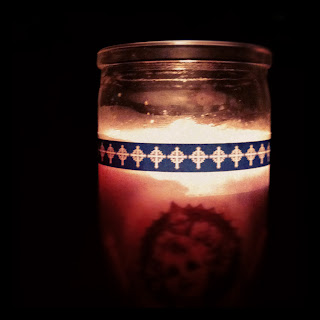 Dinner:
I saw a recipe for yellow split pea potstickers that I wanted to make, but at the store, I couldn't find pre-made potsticker wrappers and didn't feel like making them from scratch. So I just bought an assortment of things to put on crackers, as well as two kinds of frozen pierogies (because of my yen for dumplings) and a bottle of wine. (I also bought a 5# bag of yellow split peas, for your information) We ate the crackers and cracker accessories and drank the wine while the pierogies were defrosting. As the sun went down, the sky was pink and I didn't want to turn the lights on, so we just lit this candle which is also pink.
Nightmare:
A bunch of neighborhood friends all lived on the same street and we had decided to have a holiday party at a Chinese restaurant that was behind our houses across a snow-filled park. It was night, and we had decorated a room at the restaurant with streamers earlier in the day. The restaurant was called "Golden Fountain" and had a neon light in the shape of a golden fountain on the front, which we could see from our house. A neighborhood friend stopped at our house to make sure we weren't going to be late to the party. The nightmare part of this is that I then woke up and realized I was late for work; when I tried to text my co-worker to tell her I had over-slept, my hands didn't work because I had been laying on them and they were asleep. Well, my thumbs worked but not the rest of my fingers. When I looked in the bathroom mirror, I saw a a perfect red hand print on my chest from my own hand.
Posted by Kelly at 9:22 AM No comments: